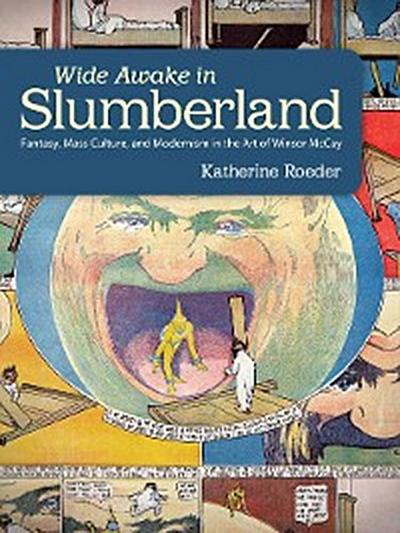 Cartoonist Winsor McCay (1869-1934) is rightfully celebrated for the skillful draftsmanship and inventive design sense he displayed in the comic strips Little Nemo in Slumberland and Dream of the Rarebit Fiend. McCay crafted narratives of anticipation, abundance, and unfulfilled longing. This book explores McCay's interest in dream imagery in relation to the larger preoccupation with fantasy that dominated the popular culture of early twentieth-century urban America. McCay's role as a pioneer of early comics has been documented; yet, no existing study approaches him and his work from an art historical perspective, giving close readings of individual artworks while situating his output within the larger visual culture and the rise of modernism. From circus posters and vaudeville skits to department store window displays and amusement park rides, McCay found fantastical inspiration in New York City's burgeoning entertainment and retail districts. Wide Awake in Slumberland connects McCay's work to relevant children's literature, advertising, architecture, and motion pictures in order to demonstrate the artist's sophisticated blending and remixing of multiple forms from mass culture. Studying this interconnection in McCay's work and, by extension, the work of other early twentieth-century cartoonists, Roeder traces the web of relationships connecting fantasy, leisure, and consumption. Readings of McCay's drawings and the eighty-one black and white and color illustrations reveal a man who was both a ready participant and an incisive critic of the rising culture of fantasy and consumerism.