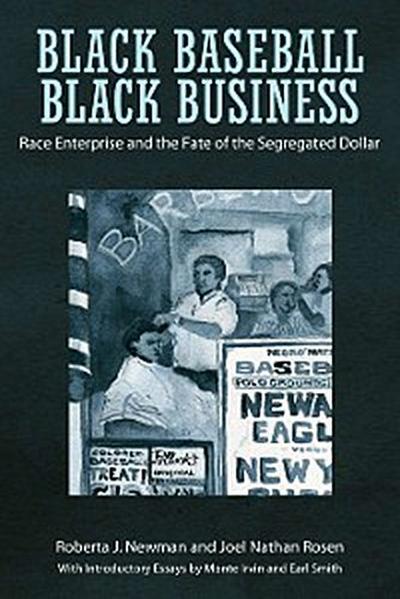 An extraordinary history of the Negro Leagues and the economic disruptions of desegregating a sport
Winner of the 2014 Robert W. Peterson Award for Excellence in Negro League Research from the Jerry Malloy Negro League Conference, sponsored by Negro Leagues Committee of the Society for American Baseball Research

Once Jackie Robinson and a select handful of black baseball’s elite gained acceptance in Major League Baseball and financial stability in the mainstream economy, shock waves traveled throughout the black business world. Though the economic impact on Negro League baseball is perhaps obvious due to its demise, the impact on other black-owned businesses and on segregated neighborhoods is often undervalued if not outright ignored in current accounts. There have been many books written on great individual players who played in the Negro Leagues and/or integrated the Major Leagues. But Newman and Rosen move beyond hagiography to analyze what happens when a community has its economic footing undermined while simultaneously being called upon to celebrate a larger social progress. In this regard,
Black Baseball, Black Business moves beyond the diamond to explore baseball’s desegregation narrative in a critical and wide-ranging fashion.