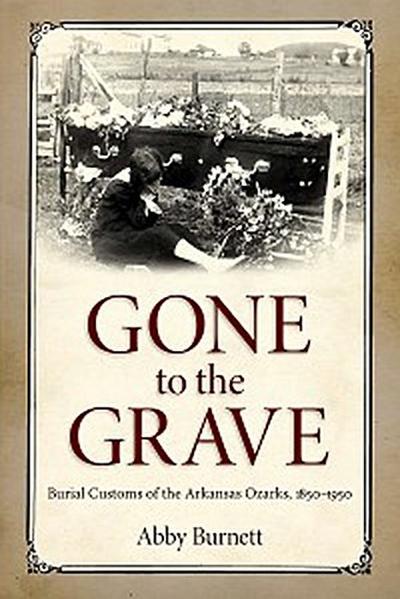 Gone to the Grave

A rich survey of folk practices prior to mortuaries and the funeral industry
Before there was a death care industry where professional funeral directors offered embalming and other services, residents of the Arkansas Ozarks—and, for that matter, people throughout the South—buried their own dead. Every part of the complicated, labor-intensive process was handled within the deceased's community. This process included preparation of the body for burial, making a wooden coffin, digging the grave, and overseeing the burial ceremony, as well as observing a wide variety of customs and superstitions.

These traditions, especially in rural communities, remained the norm up through the end of World War II, after which a variety of factors, primarily the loss of manpower and the rise of the funeral industry, brought about the end of most customs.

Gone to the Grave, a meticulous autopsy of this now vanished way of life and death, documents mourning and practical rituals through interviews, diaries and reminiscences, obituaries, and a wide variety of other sources. Abby Burnett covers attempts to stave off death; passings that, for various reasons, could not be mourned according to tradition; factors contributing to high maternal and infant mortality; and the ways in which loss was expressed though obituaries and epitaphs. A concluding chapter examines early undertaking practices and the many angles funeral industry professionals worked to convince the public of the need for their services.