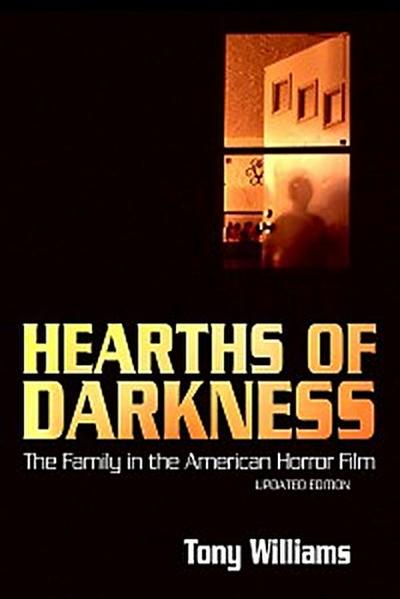 Hearths of Darkness: The Family in the American Horror Film traces the origins of the 1970s family horror subgenre to certain aspects of American culture and classical Hollywood cinema. Far from being an ephemeral and short-lived genre, horror actually relates to many facets of American history from its beginnings to the present day. Individual chapters examine aspects of the genre, its roots in the Universal horror films of the 1930s, the Val Lewton RKO unit of the 1940s, and the crucial role of Alfred Hitchcock as the father of the modern American horror film.

Subsequent chapters investigate the key works of the 1970s by directors such as Larry Cohen, George A. Romero, Brian De Palma, Wes Craven, and Tobe Hooper, revealing the distinctive nature of films such as Bone, It's Alive, God Told Me To, Carrie, The Exorcist, Exorcist 2, The Texas Chainsaw Massacre, as well as the contributions of such writers as Stephen King. Williams also studies the slasher films of the 1980s and 1990s, such as the Friday the 13th series, Halloween, the remake of The Texas Chainsaw Massacre, and Nightmare on Elm Street, exploring their failure to improve on the radical achievements of the films of the 1970s.

After covering some post-1970s films, such as The Shining, the book concludes with a new postscript examining neglected films of the twentieth and early twenty-first century. Despite the overall decline in the American horror film, Williams determines that, far from being dead, the family horror film is still with us. Elements of family horror even appear in modern television series such as The Sopranos. This updated edition also includes a new introduction.