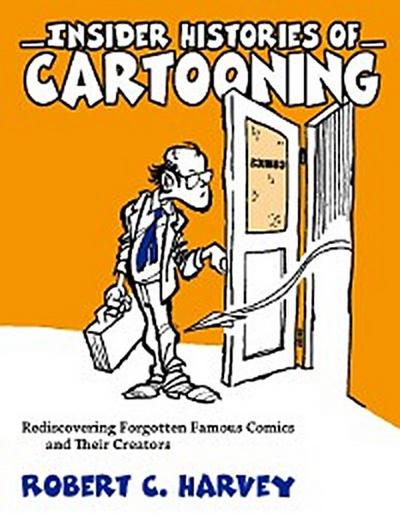 From a cartoonist and a veteran writer on the history of comics, a joyous reclamation of cartooning geniuses
Many fans and insiders alike have never heard of Bill Hume, Bailin' Wire Bill, Abe Martin, AWOL Wally, the Texas History Movies, or the Weatherbird at the St. Louis Post-Dispatch. And many insiders do not know why we call comic books “comics” even though lots of them are not at all funny.

Robert C. Harvey, cartoonist and a veteran comics critic, author of several histories of comics and biographies of cartoonists, tells forgotten stories of a dozen now obscure but once famous cartoonists and their creations. He also includes accounts of the cartooning careers of a groundbreaking African American and a woman who broke into an industry once dominated by white men.

Many of the better-known stories in some of the book's fourteen chapters are wrapped around fugitive scraps of information that are almost unknown. Which of Bill Mauldin's famous duo is Willie? Which is Joe? What was the big secret about E. Simms Campbell? Who was Funnyman? And why? And some of the pictures are rare, too. Hugh Hefner's cartoons, Kin Hubbard's illustrations for Short Furrows, Betty Swords’s pictures for the Male Chauvinist Pig Calendar of 1974, the Far East pin-up cartoon character Babysan, illustrations for Popo and Fifina, and Red Ryder's last bow.