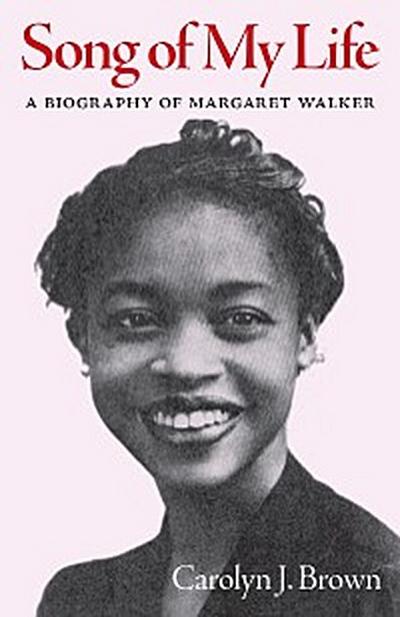 Song of My Life

The first biography of the much admired author of the novel
Jubilee and the poem “For My People”
Margaret Walker (1915–1998) has been described as “the most famous person nobody knows.” This is a shocking oversight of an award-winning poet, novelist, essayist, educator, and activist as well as friend and mentor to many prominent African American writers. Song of My Life reintroduces Margaret Walker to readers by telling her story, one that many can relate to as she overcame certain obstacles related to race, gender, and poverty.

Walker was born in 1915 in Birmingham, Alabama, to two parents who prized education above all else. Obtaining that education was not easy for either her parents or herself, but Walker went on to earn both her master's and doctorate. from the University of Iowa. Walker's journey to become a nationally known writer and educator is an incredible story of hard work and perseverance. Her years as a public figure connected her to Richard Wright, Langston Hughes, Alex Haley, and a host of other important literary and historical figures.

This biography opens with her family and those who inspired her—her parents, her grandmother, her most important teachers and mentors—all significant influences on her reading and writing life. Chapters trace her path over the course of the twentieth century as she travels to Chicago and becomes a member of the South Side Writers' Group with Richard Wright. Then she is accepted into the newly created Master of Fine Arts Program at the University of Iowa. Back in the South, she pursued and achieved her dream of becoming a writer and college educator as well as wife and mother. Walker struggled to support herself, her sister, and later her husband and children, but she overcame financial hardships, prejudice, and gender bias and achieved great success. She penned the acclaimed novel
Jubilee, received numerous lifetime achievement awards, and was a beloved faculty member for three decades at Jackson State University in Jackson, Mississippi.