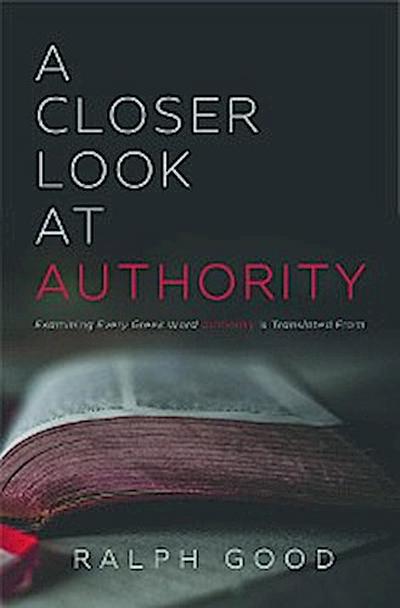 A Closer Look at Authority

A Closer Look at Authority investigates and identifies
God’s true purpose, responsibly and qualifying
characteristics for authority in the Church. As well
as Satan’s abuse and misuse of God’s authority by
false preachers that separate people from God,
enslaving people to follow false teachings, selfish
ambitions and traditions of men.
This study includes every Greek word authority is
translated from; Seven in the KJV, twelve in the
NKJV, and lists all the English words they are translated
too in every verse in the Bible along with their
definitions. What is most shocking! The Greek word
most often translated to authority happens to be
the Greek word second most often translated to
power. This very same Greek word in scripture
defines the power and authority of God, Jesus
Christ, disciples, believers, as well as, the power of
Satan, the devil, the Beast and the kingdom of
darkness.