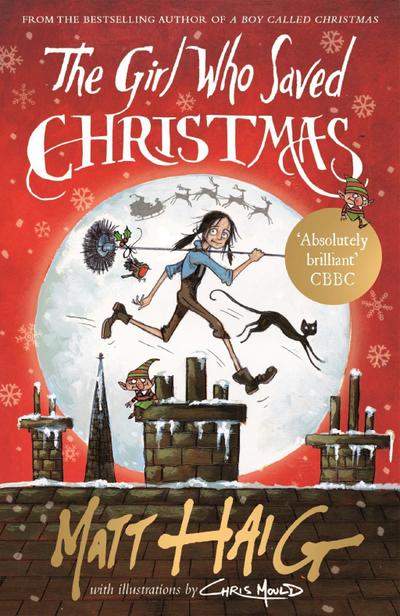 The Girl Who Saved Christmas

Matt Haig is the number one bestselling author of Reasons to Stay Alive and Notes on a Nervous Planet and six highly acclaimed novels for adults, including How to Stop Time, The Humans and The Radleys. He has also written many books for children, including most recently the Sunday Times bestseller, The Truth Pixie, and he has won the Blue Peter Book Award, the Smarties Book Prize and been nominated three times for the Carnegie Medal. He has sold more than a million books in the UK and his work has been translated into over forty languages.

Mould, Chris
Chris Mould went to art school at the age of sixteen. He has won the Nottingham Children's Book Award and been commended by the Sheffield Children's Book Award. He loves his work and likes to write and draw the kind of books that he would have liked to have had on his shelf as a boy. He is married with two children and lives in Yorkshire.
This second magical book in the festive series from number one bestselling author Matt Haig, and featuring enchanting illustrations from Chris Mould is a perfect Christmas gift

WHAT DOES IT TAKE TO BELIEVE IN MAGIC?

It is Christmas Eve and all is not well. Amelia Wishart is trapped in Mr Creeper's workhouse and Christmas is in jeopardy. Magic is fading. If Christmas is to happen, Father Christmas knows he must find her.

With the help of some elves, eight reindeer, the Queen and a man called Charles Dickens, the search for Amelia - and the secret of Christmas - begins . . .