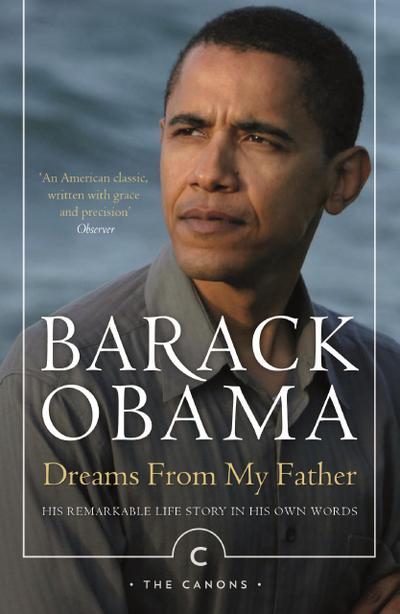 Dreams from My Father

Barack Obama was born in Honolulu in 1961. In his early twenties he found his vocation working among poor communities on the south side of Chicago. Later he went to law school at Harvard University, where he became the first black president of the Harvard Law Review. In 1995 he published his memoir Dreams from My Father, which became a bestseller soon after it was reissued in 2004. After returning to Chicago, he was elected to the Illinois State Senate in 1996.

Barack Obama delivered the keynote address at the 2004 Democratic National Convention, and later that year he was elected to the US Senate. His second book, The Audacity of Hope, was published in 2006 and became an immediate bestseller. In November 2008 Senator Obama was elected the 44th President of the United States of America. He was re-elected in 2012 and served a second term which concluded in 2016. He is married to Michelle, with whom he has two daughters, Sasha and Malia.

The number one bestseller from Former President Barack Obama

An international bestseller which has sold over a million copies in the UK, Dreams From My Father is a refreshing, revealing portrait of a young man asking big questions about identity and belonging.

The son of a Black African father and a white American mother, Barack Obama recounts an emotional odyssey, retracing the migration of his mother's family from Kansas to Hawai'i, then to his childhood home in Indonesia. Finally he travels to Kenya, where he confronts the bitter truth of his father's life and at last reconciles his divided inheritance. Written nearly fifteen years before becoming president, Dreams from My Father is an unforgettable read. It illuminates not only Obama's journey, but also our universal desire to understand our history and what makes us who we are.