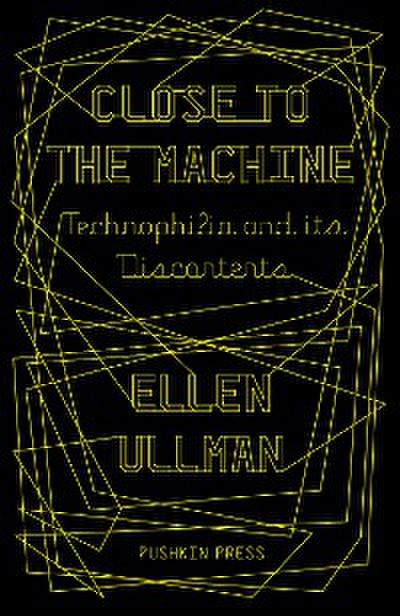 Close to the Machine

Close to the Machine: Technophilia and Its Discontents, Ellen Ullman's cult classic memoir of the world of computers in the 1980s and early 1990s, is an insight of a world we rarely see up close.

"We see the seduction at the heart of programming: embedded in the hijinks and hieroglyphics are the esoteric mysteries of the human mind"Wired

Close to the Machinehas become a cult classic: Ellen Ullman's humane, insightful, and beautifully written memoir explores the ever-complicating intersections between people and technology; the strange ecstasies of programming; the messiness of life and the artful efficiency of code. It is a deeply personal, prescient account of working at the forefront of computing.

With a new introduction by Jaron Lanier, author ofYou Are Not a Gadget

"By turns hilarious and sobering, this slim gem of a book chronicles the Silicon Valley way of life... full of delicately profound insights into work, money, love, and the search for a life that matters"Newsweek

Ellen Ullman'sClose to the Machine, a memoir of her time as a software engineer during the early years of the internet revolution, became a cult classic and established her as a writer of considerable talent; with her second book,The Bug, she became an acclaimed and vital novelist;By Bloodis her third. All three titles are published in the UK by Pushkin Press. Her essays and opinion pieces have been widely published in venues such asHarper's,The New York Times,Salon, andWired. She lives in San Francisco.