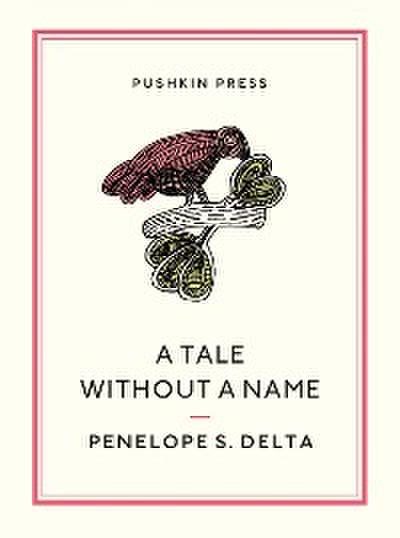 A Tale Without a Name

An enchanting, powerful fable as timely today as a century ago, A Tale without a Name is the first-ever translation of this classic fairy tale for all ages, inspiring to children and adults alike, written by Penelope S. Delta, a Greek aristocrat straight out of a novel by E.M. Forster. This is a tale with no name, set in a Kingdom of no specific time or place. There, an old King and an ageing Queen cling to the ghost of a memory long lost. There are Princesses: two royally spoilt pernickety, capricious, empty-headed and imperiously stubborn - and a third - the youngest - sweet, regal and noble. And there a Prince - a proper Prince, brimming with the stuff great tales are made of - has to make a choice to perish or be reborn, to abandon his country and let it follow the path to perdition, or give it new life. His task is to learn a new way of life and, what is more, to learn how to teach it. To build again that which has been broken, to correct the failing and the wrong. With a little bit of help and words of wisdom along the way, the Prince will rebuild and inspire the subjects of his Kingdom.

Penelope S. Delta's A Tale without a Name is translated from the Greek and charmingly illustrated with all-new black and white drawings throughout by Mika Provata-Carlone, and published by Pushkin Press.

The Greek writer Penelope S. Delta was born in Alexandria, Egypt, in 1874. She wrote children's books, memoirs, historical studies, articles on children's education and welfare. She was a true philanthropist, a woman of remarkable spirit and intelligence. Her life was surrounded by political turmoil: her father, a cotton merchant who became the Mayor of Athens, was almost executed during the 1916 clashes between royalists and Venizelists; the diplomat and writer Ion Dragoumis, with whom Delta fell passionately in love, was assassinated. She ultimately took her own life in April 1941, on the day the Nazis entered Athens.