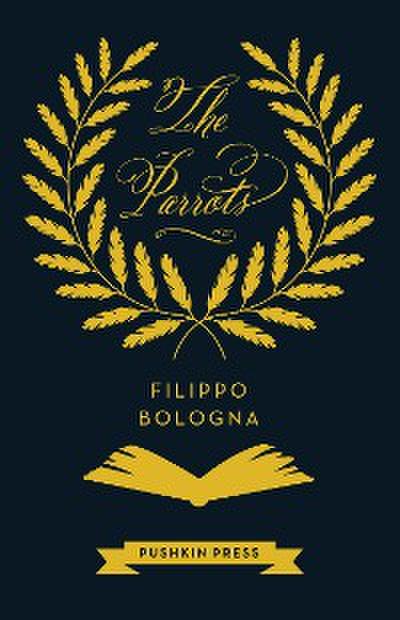 A searing satire of the literary world, in which three men fight -to the death? -for a coveted literary prize. Three men are preparing to do battle. Their goal is a prestigious literary prize. And each man will do anything to win it. For the young Beginner, loved by critics more than readers, it means fame. For The Master, old, exhausted, preoccupied with his prostate, it means money. And for The Writer-successful, vain and in his prime-it is a matter of life and death. As the rivals lie, cheat and plot their way to victory, their paths crossing with ex-wives, angry girlfriends, preening publishers and a strange black parrot, the day of the Prize Ceremony takes on a far darker significance than they could have imagined. Filippo Bologna was born in Tuscany in 1978. He lives in Rome where he works as a writer and screenwriter. His novels -The Parrots-and -How I Lost the War-are also published by Pushkin Press. 'With Filippo Bologna's mastery of language, the results are brilliant and amusement is guaranteed.' -La Repubblica 'A flaying parody of the literary world and its vanities.'-Il Giornale