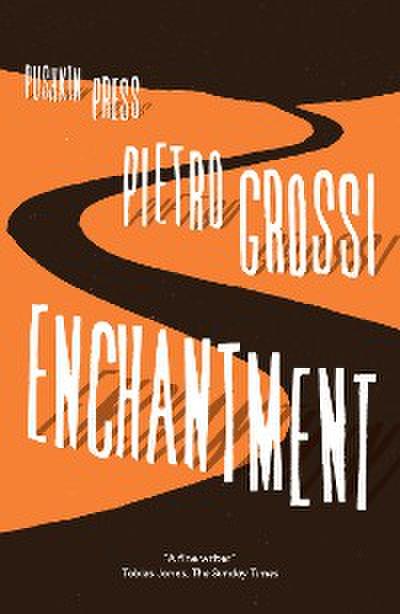 Three boys, three diverging destinies-but what, or who, is pulling the strings? It was a memorable summer: with the broken-down old road that suddenly turned into a strip of gleaming asphalt, and the abandoned motorbike the three boys found as a rusty heap and built into a racer. But it was also more than that, more than a distraction from the boredom of their small Tuscan town, than a few weeks of racing and dodging the attentions of the local Marshal.For Jacopo and his two friends, it began their journeys out into the world, separated by thousands of miles, steered by something other than fate-helped on their way, and controlled...Tautly written and deeply moving, Enchantment is more than a simple coming-of-age story, it is a powerful, original novel from an important, compelling new author.Pietro Grossi, writer and translator, was born in 1978 in Florence and currently lives and works in Tuscany. His collection of short stories, Fists, and his novel The Breakare also published by Pushkin Press."A fine writer" Tobias Jones, The Sunday TimesPraise for The Break: "Small and perfectly formed ... reaching its end leaves the reader desirous to start all over again" Amanda Hopkinson, IndependentPraise for Fists. "There is more power and pathos in this short piece of spare, timeless prose than in most densely-written novels" Daniel Hahn, Independent