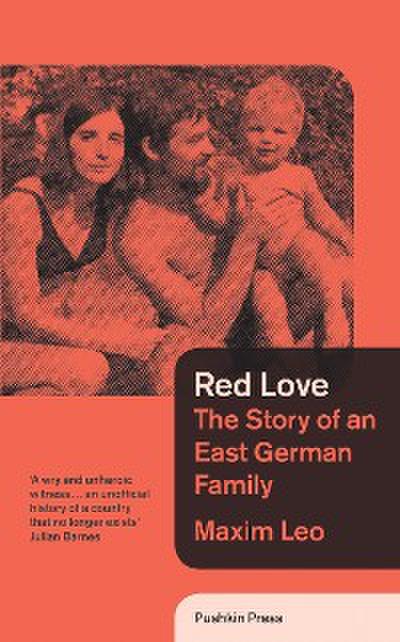 Winner of the European Book Prize "The East isn't far away at all. It clings to me, it goes with me everywhere. It's like a big family that you can't shake off ..." "Tender, acute and utterly absorbing" Anna Funder, author of Stasiland "A wry and unheroic witness... an unofficial history of a country that no longer exists" Julian Barnes Growing up in East Berlin, Maxim Leo knew not to ask questions. All he knew was that his rebellious parents, Wolf and Anne, with their dyed hair, leather jackets and insistence he call them by their first names, were a bit embarrassing. That there were some places you couldn't play; certain things you didn't say. Now, married with two children and the Wall a distant memory, Maxim decides to find the answers to the questions he couldn't ask. Why did his parents, once passionately in love, grow apart? Why did his father become so angry, and his mother quit her career in journalism? And why did his grandfather Gerhard, the Socialist war hero, turn into a stranger? The story he unearths is, like his country's past, one of hopes, lies, cruelties, betrayals but also love. In Red Love he captures, with warmth and unflinching honesty, why so many dreamed the GDR would be a new world and why, in the end, it fell apart. "Tender, acute and utterly absorbing. In fine portraits of his family members Leo takes us through three generations of his family, showing how they adopt, reject and survive the fierce, uplifting and ultimately catastrophic ideologies of 20th-century Europe. We are taken on an intimate journey from the exhilaration and extreme courage of the French Resistance to the uncomfortable moral accommodations of passive resistance in the GDR. "He describes these 'ordinary lies' and contradictions, and the way human beings have to negotiate their way through them, with great clarity, humour and truthfulness, for which the jury of the European Book Prize is delighted to honour Red Love . His personal memoir serves as an unofficial history of a country that no longer exists... He is a wry and unheroic witness to the distorting impact - sometimes frightening, sometimes merely absurd - that ideology has upon the daily life of the individual: citizens only allowed to dance in couples, journalists unable to mention car tyres or washing machines for reasons of state." Julian Barnes, European Book Prize With wonderful insight Leo shows how the human need to believe and to belong to a cause greater than ourselves can inspire a person to acts of heroism, but can then ossify into loyalty to a cause that long ago betrayed its people." Anna Funder, author of Stasiland "Heartbreaking... This very personal account allows us to better understand the reality of a kafkaesque regime, and the blindness of its elite that allowed it to survive for so long." La Tribune "The great charm of this book, about the gradual disintegration of the GDR, lies in the level-headed but loving attitude with which it investigates the interweaving of the private and political [in Communist East Germany], revisiting a child's-eye view of the era." Frankfurter Allgemeine Zeitung "A crucial book ... poignant ... a tragedy reminiscent of the great narrative poets, Dostoevsky or Koestler. Maxim Leo has earned his place alongside them." Sud Ouest "A lyrical story about a family in a divided city" Hamburger Abendblatt Maxim Leo was born in 1970 in East Berlin. He studied Political Science at the Free University in Berlin and at the Institut d'Etudes Politiques de Paris. Since 1997 he is Editor of the Berliner Zeitung . In 2002 he was nominated for the Egon-Erwin-Kisch Prize, and in the same year won the German-French Journalism Prize. He won the Theodor Wolff Prize in 2006. He lives in Berlin.