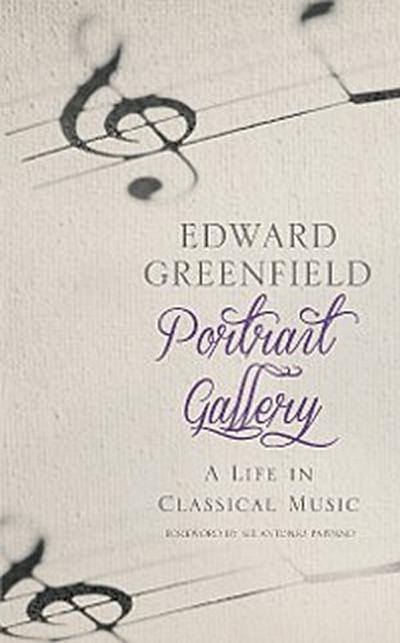 From Leonard Bernstein to Benjamin Britten, André Previn and Igor Stravinsky, Edward Greenfield had the privilege of getting to know some of the 20th century's greatest composers, conductors and performers. His lifelong career as a music critic for the Guardian and Gramophone has taken him around the world and left him with an endless source of fascinating material. Here for the first time he has brought together a lifetime of memories in this absorbing and fascinating memoir. Greenfield has worked with such renowned singers as Joan Sutherland and Elizabeth Schwarzkof, Placido Domingo and Luciano Pavarotti; he has interviewed luminaries including Yehudi Menuhin, George Martin and Colin Davis; and he has forged enduring friendships with the likes of Jacqueline du Pré, Daniel Barenboim and Edward Heath. His is a career steeped in classical music and his Portrait Gallery brings that vividly to life.