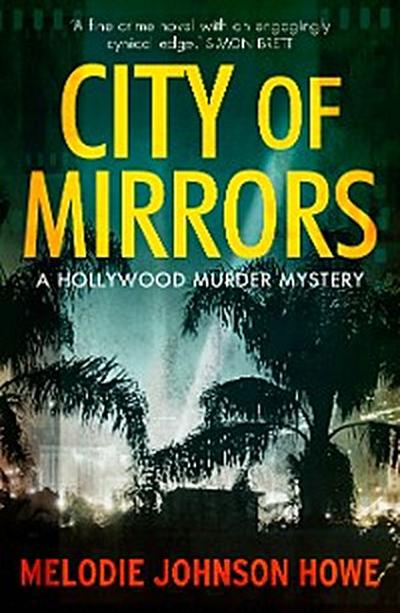 "City of Mirrors is deftly written and smart. On top of that, it is entertaining as hell."—Michael Connelly "A fine crime novel with an engangingly cynical edge" - Simon Brett Hollywood can be a dangerous business. In this suspenseful thriller, Diana Poole is already mourning the deaths of both her husband and mother when she has to go back to acting to make ends meet. Even as the daughter of a famous actress, it's hard for a woman in her forties to get work in a town where young starlets get all the leading roles. It seems like a stroke of luck when Diana lands a part in a major new movie. But when she discovers the leading lady murdered, she has to turn detective to find the killer and save her own skin. Not knowing who she can trust in this criminal town, Diana has to use her all her skills as an actress to play her part and while trying to solve the crime. But unmasking the surprising murderer isn't that easy, especially when she uncovers what's real--and unreal--in her own life. "In City of Mirrors, Melodie Johnson Howe's deliciously wicked sense of humor and insider's knowledge of Hollywood combine to give readers the unforgettable Diana Poole, a perfectly cast detective for this complex, intelligent tale. Howe writes beautifully."--Jan Burke, Edgar Award-winning author "The moral decay of the movie business has rarely been so deftly portrayed as in City of Mirrors. Jet-propelled narrative drive, non-stop action, a dark and twisting plot, and a mega-tough yet sympathetic heroine make this one impossible to put down."--John Lescroart, New York Times bestselling author "The book is intelligent, frequently very funny, always sophisticated, and a joy to read."--The Boston Globe