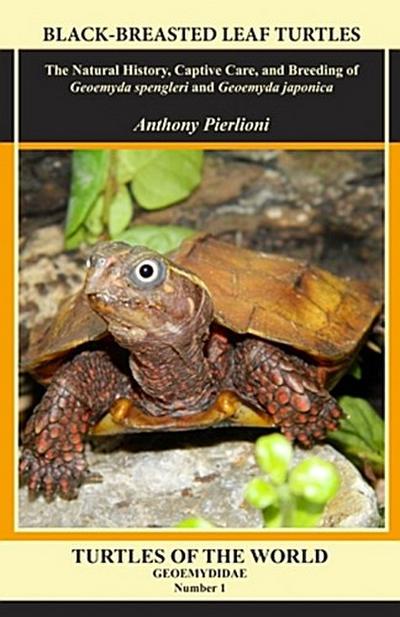 Turtle expert, Anthony Pierlioni, takes us into the lives of Leaf Turtles, both in the colorful fallen leaves of their habitats in nature and in creative and inspiring enclosures around the world. These captivating turtles - the Vietnamese Black-Breasted Leaf Turtles (Geoemyda spengleri), Ryukyu Black-Breasted Leaf Turtles (Geoemyda japonica) are confident and inquisitive captives and are chelonian gems in collections around the world. The Ryukyu Black-Breasted Leaf Turtle, with its beautiful coloration and handsome form, was thought of highly enough by the Japanese Government to earn designation as a National Monument on June 26, 1975. Its overall appearance makes it look like a Frankenstein monster made from only the most captivating physical qualities of every Asian turtle species. This book includes notes on one of the most beautiful and enigmatic species on Earth - Geoemyda silvatica, which is now recognized as Vijayachelys silvatica, the Cochin Forest Turtle. This turtle was described by science and then disappeared for the next 70 years, only being rediscovered in 1982. Anthony is the Senior Director of the Turtle Room, an official Conservation Partner of the Association of Zoos and Aquariums that was developed to help provide educational resources, materials and experiences to the general public and to raise awareness in chelonian conservation strategies.