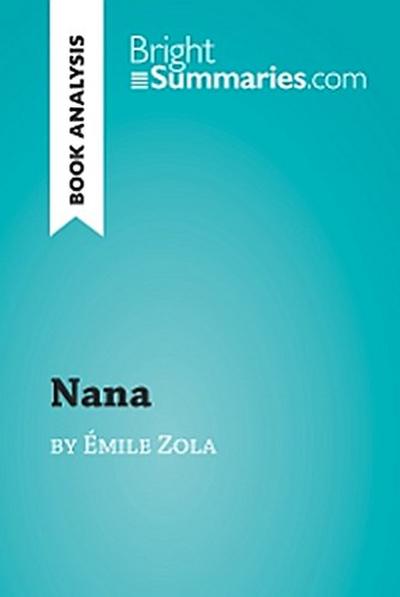 Unlock the more straightforward side of Nana with this concise and insightful summary and analysis!


This engaging summary presents an analysis of
Nana by Émile Zola, which follows the social rise and fall of the titular character thanks to her relationships with a series of powerful men. The depraved actions of the main character are set against the backdrop of the Second French Empire under Napoleon III, which has been weakened by corruption and decadence and now stands on the brink of collapse.
Nana was criticised when it was first published because of its coarse language and immoral characters, but was championed by influential writers such as Flaubert and Maupassant and met with lasting popular success. The novel forms part of
Les Rougon-Macquart, an ambitious cycle of 20 novels which tells the story of one extended family under the Second Empire. Émile Zola was the leading figure of the literary school of naturalism, as well as an influential social thinker, and is now regarded as one of France’s greatest novelists.

Find out everything you need to know about
Nana in a fraction of the time!


This in-depth and informative reading guide brings you:


See the very best of literature in a whole new light with BrightSummaries.com!