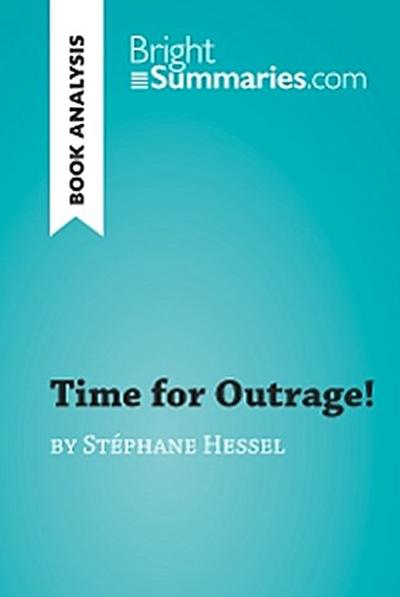 Unlock the more straightforward side of Time for Outrage! with this concise and insightful summary and analysis!


This engaging summary presents an analysis of
Time for Outrage! by Stéphane Hessel, a short essay which calls for the citizens of the world to rise up against injustice and discrimination. In the essay, Hessel identifies the reasons for outrage in the modern world and makes the case for nonviolent revolution.
Time for Outrage! was originally published in France in 2010, just before Christmas, and quickly became a publishing phenomenon. It has been translated into a dozen different languages, and made headlines in Germany even before the official translation was published. The incredible success of the essay was partly thanks to its author, Stéphane Hessel, a former resistance fighter with an illustrious career. He was born in Germany in 1917 and was made a French citizen in 1937, after which he became a resistance fighter during the Second World War. He survived a German concentration camp and went on to become a diplomat. He died in 2013 at the age of 95.

Find out everything you need to know about
Time for Outrage! in a fraction of the time!

This in-depth and informative reading guide brings you:

See the very best of literature in a whole new light with BrightSummaries.com!