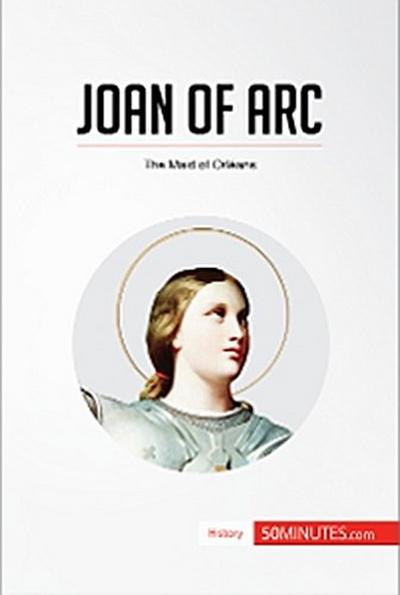 Keen to learn but short on time? Get to grips with the life of Joan of Arc in next to no time with this concise guide.


50Minutes.com provides a clear and engaging analysis of Joan of Arc. As the Hundred Years’ War raged on, and the possibility of the French reclaiming their territory from the English occupation seemed ever slimmer, one unlikely young woman would set out on a divine mission to restore the French monarchy and free the population from tyranny. However, Joan of Arc’s military skill and courage would not go unpunished, and she was brutally burned at the stake for witchcraft after being captured by the English. She is now revered as a saint in the Roman Catholic Church.

• Learn about Joan of Arc’s early life and the divine inspiration that led her to seek out Charles VII, France’s legitimate heir, to help him regain his territory from the English

• Explore Joan’s military skills and leadership, particularly in rescuing the people of Orléans from the siege of their town

• Discover Joan’s gruesome execution in Rouen for witchcraft and heresy, and her subsequent exoneration only when it was too late

50MINUTES.COM will enable you to quickly understand the main events, people, conflicts and discoveries from world history that have shaped the world we live in today. Our publications present the key information on a wide variety of topics in a quick and accessible way that is guaranteed to save you time on your journey of discovery.