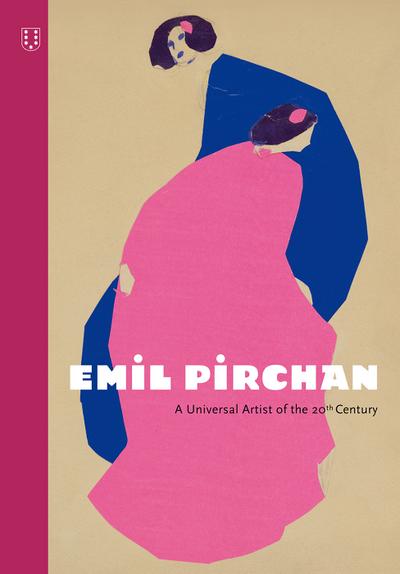 It is the proverbial fairy tale about the discovery in the attic. The Setting: a detached house in Zurich. Object: a large number of old boxes. Content: the estate of a man who was a universal artist: first an architect, then interior designer, commercial artist, poster artist, production designer, as well as of course, an illustrator, painter, author ¬- and not just as a cheerful dilettante, but a recognized, even famous representative of his disciplines. The talk is of Emil Pirchan (1884-1957) who did so many things rapidly one after another but also simultaneously, so that the set art- and theater- history was not able to follow and the official cultural life eventually left it at naming an alleyway after him. The discovery in the attic gave Beat Steffan, the grandchild of the artist, reason to explore Emil Pirchan's creative world. Parts of the discovery are sketchbooks, graphics, drafts of stage decorations, biographical material, a considerable library. Moreover, it was found that a large stock was at the theater museum of Vienna, alongside relevant collections of posters at the museum of Munich and at the Folkwang museum in Essen. Over the last two years a big team of authors undertook it to organize, file, sift and edit the material. The result is a volume that makes the whole era of the German Austria- Czech cultural history come alive again in unforeseen multifacetedness. More than 300 mostly unknown illustrations serve for this purpose as well as contributions from acknowledged experts of all disciplines Pirchan was active in. The volume is published in a German and in an English edition and it also contains comprehensive registers about Pirchan's work such as his graphics, posters, set decorations, books and essays. Therefore, for the foreseeable future the publication will be the relevant work of reference of the artist.Emil Pirchan (1884-1957), born in Brno, started his artistic career as a student of the famous Viennese art nouveau architect Otto Wagner, then switched to interior design. Soon he broadened his field onto commercial art with the focus on poster art and in 1913 he founded a school in Munich for applied art and set decoration whose promising development got interrupted by the First World War. As the head of stage design at the Bavarian State Theatre Pirchan caused a sensation with revolutionary expressionistic stage decorations; from 1921 on, his collaboration with Leopold Jessner in Berlin created epochal stagings of contemporary and classical plays. In 1930 Pirchan went to Prague due to the economic crisis, just before he was appointed professor at the academy of fine arts in Vienna in 1936. During the time of National Socialism he increasingly withdrew into writing and published diverse monographs (among them the first comprehensive volume about Gustav Klimt) and relevant works about theatre arts and dance (inter alia, "Harald Kreutzberg", 1941). Lastly, the time after the Second World War was characterized by teaching.