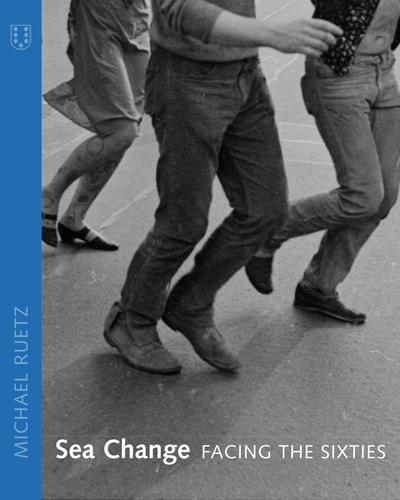 Ruetz, Michael
Michael Ruetz, born 1940, got his degree from Otto Steinert at the Folkwang-Schule in Essen, although he never studied with him. He then became a member of the STERN editorial staff, a contract author of the New York Graphic Society in Boston and professor for communication design. He has received numerous prizes, among them the prize of the Villa Massimo, the Otto-Steinert-Prize and others. He is Officier de l'Ordre des Arts et des Lettres and a member of the Akademie der Künste, Berlin. He gained acclaim through his photographs of the late 1960s, many which have become icons today. Ruetz published over 40 books, including "Eye on America", "Scottish Symphony", "Dylan Thomas", "Sichtbare Zeit", "Arno Schmidt", "Windauge".
Stölzl, Christoph
Christoph Stölzl, born 1944, was the director of the Münchner Stadtmuseum from 1980-1987, which also houses the renowned Photography Museum; from 1987-1999, founding director of the Deutsches Historisches Museum in Berlin, which has a strong focus on historical photography. As a politician, he was the Senator for Culture and Science and Vice President of the Berlin City Parliament 2000 - 2006. In 2010 he became the President of the Music Academy Franz Liszt, Weimar. In 2014 his collection of Berlin stories "Morgens um sechs bei Haubentaucher & Co." was published by NIMBUS.
50 years 1968: Many of the photographs that form the collective visual consciousness of this time are by Michael Ruetz: His friend Rudi Dutschke at the microphone, the demonstrations after Benno Ohnesorg's death, Gudrun Ensslin in full revolutionary action with a baby carriage and protest posters. Everyone knows these images. 50 years later Ruetz asked himself: Did I actually see things as I photographed them then? And are the known images the essential ones?
In his photographs taken between 1964-1974, Michael Ruetz shows people as he experienced them in the 1960s, not only in the photographs of the revolutionaries of 1968: He was the first German photographer who visited Auschwitz after the war. He created a unique panorama of a time, which no other western photographer comparably captured during those years.
In his photographs, Michael Ruetz sought the faces of the people from that time, thus preserving them in their individuality. The photographer's choice of details and enlarged sections of photographs allow the viewer to see the images in a new light. It is up to the viewer to interpret what is expressed on the enlarged faces of the onlookers, the followers, the thinkers, the strikers and the fighters of the late 1960s.