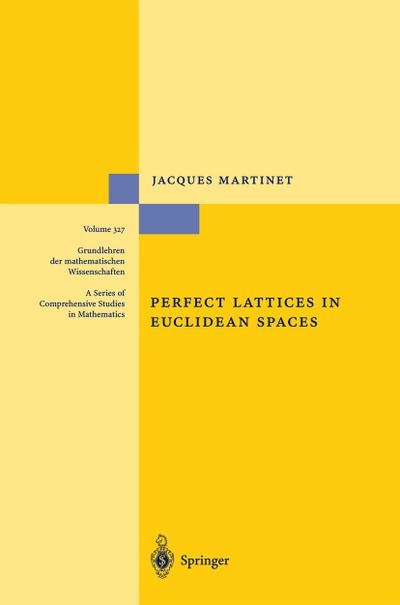 Lattices are discrete subgroups of maximal rank in a Euclidean space. To each such geometrical object, we can attach a canonical sphere packing which, assuming some regularity, has a density. The question of estimating the highest possible density of a sphere packing in a given dimension is a fascinating and difficult problem: the answer is known only up to dimension 3.
This book thus discusses a beautiful and central problem in mathematics, which involves geometry, number theory, coding theory and group theory, centering on the study of extreme lattices, i.e. those on which the density attains a local maximum, and on the so-called perfection property.
Written by a leader in the field, it is closely related to, though disjoint in content from, the classic book by J.H. Conway and N.J.A. Sloane, Sphere Packings, Lattices and Groups, published in the same series as vol. 290.
Every chapter except the first and the last contains numerous exercises. For simplicity those chapters involving heavy computational methods contain only few exercises. It includes appendices on Semi-Simple Algebras and Quaternions and Strongly Perfect Lattices.